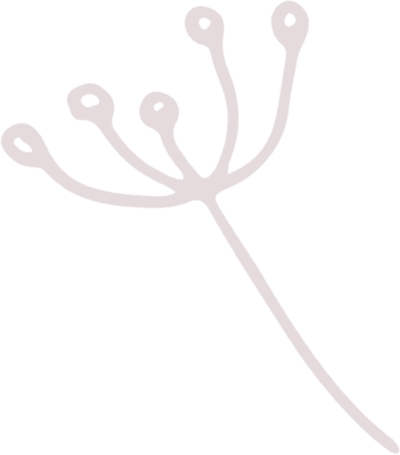 Tips on ‘DOs’ and ‘DON'Ts’ to help you to help the person you love through the trauma of rape or sexual assault.

When someone has been raped or sexually assaulted, they need a great deal of support from the people around them as well as from people like counsellors, the police, doctors and so on.

Many people simply do not know how to help somebody through the trauma of rape or sexual assault, and so they become frustrated and bewildered and feel that they are in some way failing the person they care about. These feelings can sometimes be transmitted to that person, making it even harder for them to cope with their experiences and often leaving them with even more feelings of guilt and confusion.

Every person responds differently to abuse, although there are certain feelings that are common, such as fear, distress, humiliation, anger, confusion, numbness and guilt. The feelings a person has may vary from week-to-week, day-to-day, even minute-to-minute. What is important is that someone who has been attacked is allowed to experience their feelings without fear of having them invalidated or dismissed. It is important that they feel they have people who will allow them to talk and will try to understand their needs rather than assuming that others know best and rushing them to “get over it”.

It is essential that they know they are believed, and that they be allowed to begin to rebuild their life at their own pace. The dominant feature of sexual abuse is that it is forced on a person against their will, and it is an act of violence and violation regardless of how much visible “violence” is used; it takes away a person’s control, and so it is vital that someone who has been through this be in control of their journey to recovery. People who have been raped or sexually abused need to rebuild feelings of safety, trust, control and self-worth, all things which are often lost through an assault.

The following are some tips on “DOs” and “DON’Ts” to help you to help the person you love through the trauma of rape or sexual assault. The responses of those near to a survivor can occasionally make things more difficult for him or her, and that is something nobody wants.

The focus should always be on the survivor – never try to make them do anything they don’t feel comfortable with. Also try to remember that you need support too, in order to continue supporting the survivor. The helpline and counselling services at Survivors Network are also available to supporters of survivors. Registered Charity No 1144878 | Ltd Company no. 07780363 www.survivorsnetwork.org.uk

Don’t criticize a survivor of abuse for being where they were at the time, for not resisting more or screaming, for not talking about it earlier or for anything else. Anybody, anywhere, can be a victim of abuse, regardless of age, gender, looks, dress and so on. Regardless of circumstances “no” means “no,” and nobody deserves to be raped. Myths about women “asking for it” or men being “unable to help themselves” create a burden of guilt on the survivor in the first place, and they may already feel partly responsible. Any criticism of their handling of the situation, either during the attack or afterwards, simply adds to that guilt, and it is important that the blame is placed firmly where it belongs – with the person who committed the assault.

Do Listen to their reasons

Do Help Distinguish Between “If Only’s” and “Guilt”

Try to help them distinguish between wishing it had never happened, in terms of wishing they hadn’t been there at that time, or said what they said, and so on, and it being their fault it happened. Everyone has a basic human right to be free from threat, harassment or attack.

Try not to over-simplify what has happened by saying it isn’t very bad, “never mind”, “forget it”. Let them say exactly how they feel and allow them to work through it in their own time.

Do Reassure Them That You Are There

Reassure them that you will give them your support, and allow them time to work it through. Make it clear that you will be around to talk to now or in the future, and help them to trust you not to push them into expressing things before they are ready. Ask if they know any other friends they would find it easier to talk to, or if they would like to see a Counsellor, and offer to help them organise this if they’d like you to, but remember not to pressure them into anything they don’t feel ready for. Registered Charity No 1144878 | Ltd Company no. 07780363 www.survivorsnetwork.org.uk

Sexual abuse makes people feel invaded, changed and out of control; try to imagine how this feels, and try to do what helps them rather than what makes you feel better – listen to what they want. It is crucial that they be able to make their own decisions and regain influence over what happens in their lives in order to rebuild trust and strength.

It is common for loved ones, themselves distressed, to step in and be too protective, or to treat survivors differently and make their decisions for them, all of which can add to their frustration. Ask them how they want to be helped, and in trying to do this you’ll help rebuild their trust.

Do Help Them to Feel Safe

Help them to feel safe and take part in things again, but only at their own pace and in ways they feel are best. Knowing they can talk to you about feeling unsafe and can ask for your companionship when they need it, will be reassuring as they tackle difficult things.

Don’t come up behind them or touch them unexpectedly or in a way that reminds them of the assault. They may want to be held and comforted, or prefer not to be until they feel safe – ask what feels best.

Don’t feel offended if they find it difficult to be close, emotionally or, if you are their partner, sexually, after the assault. It is not that they feel you might assault them but that it may recall their feelings of violation and fear.

Encourage them to say what is comfortable and safe and how they want to spend their time with you. If you find that there is an emotional distance between you following the assault, try not to blame them or put pressure on them to forget it quickly. Seek support for yourself from someone who may understand – feeling guilt or pressure will only make it harder for them to work through the experience. Feeling that you are listening and responding on the other hand will help them to re-establish feelings of closeness and trust.

Don’t Direct Anger at Them

Don’t direct the anger and frustration you are likely to feel about the assault at the survivor. They will already be worried that what has happened to them will hurt those close to them.

Reassure them that you know it isn’t their fault, and if you do feel anger, make it very clear that it is directed towards those who committed the assault and not them. Remember that threatening to take the law into your own hands is not helpful; it can make them feel even more unsafe, make them distressed to see you so upset, or could worry them that you’ll get into trouble or get hurt. It can also make them feel out of control of the situation and that their needs are again being ignored.

You may need to ask friends or other trusted people for support and ideas about how to deal with your own understandable feelings of anger and frustration.

Don’t blame yourself for what happened because you weren’t with them, hadn’t protected them, etc. The responsibility lies solely with those who committed the assault.

Don’t Speak for Them

Don’t speak for them unless they specifically want you to. When friends, the police, the doctor, etc., ask how they feel, always let them speak for themselves. If they want to talk to someone who isn’t emotionally close to them, make it clear that they can choose whether or not you are with them.

Do Encourage a Medical Checkup

Remember that whether or not they choose to report the assault to the police, they should have a medical check-up, and may need pregnancy, HIV or STD tests, although again, remember not to put pressure on them.

Don’t Expect Too Much of Yourself

They may need different types of support from different people. No one person can do everything for them. It can help you too to know that they can go to other people for support if they choose to. Sometimes, a counsellor or trusted friends and colleagues can help in ways those closest to them can’t.

You won’t be able to magically make everything better straight away, but by showing them that you believe them, that you don’t blame them, and that you want to help them regain control of their life, by listening, respecting their feelings and views and showing you care, you can make a great difference and help them begin to heal again.